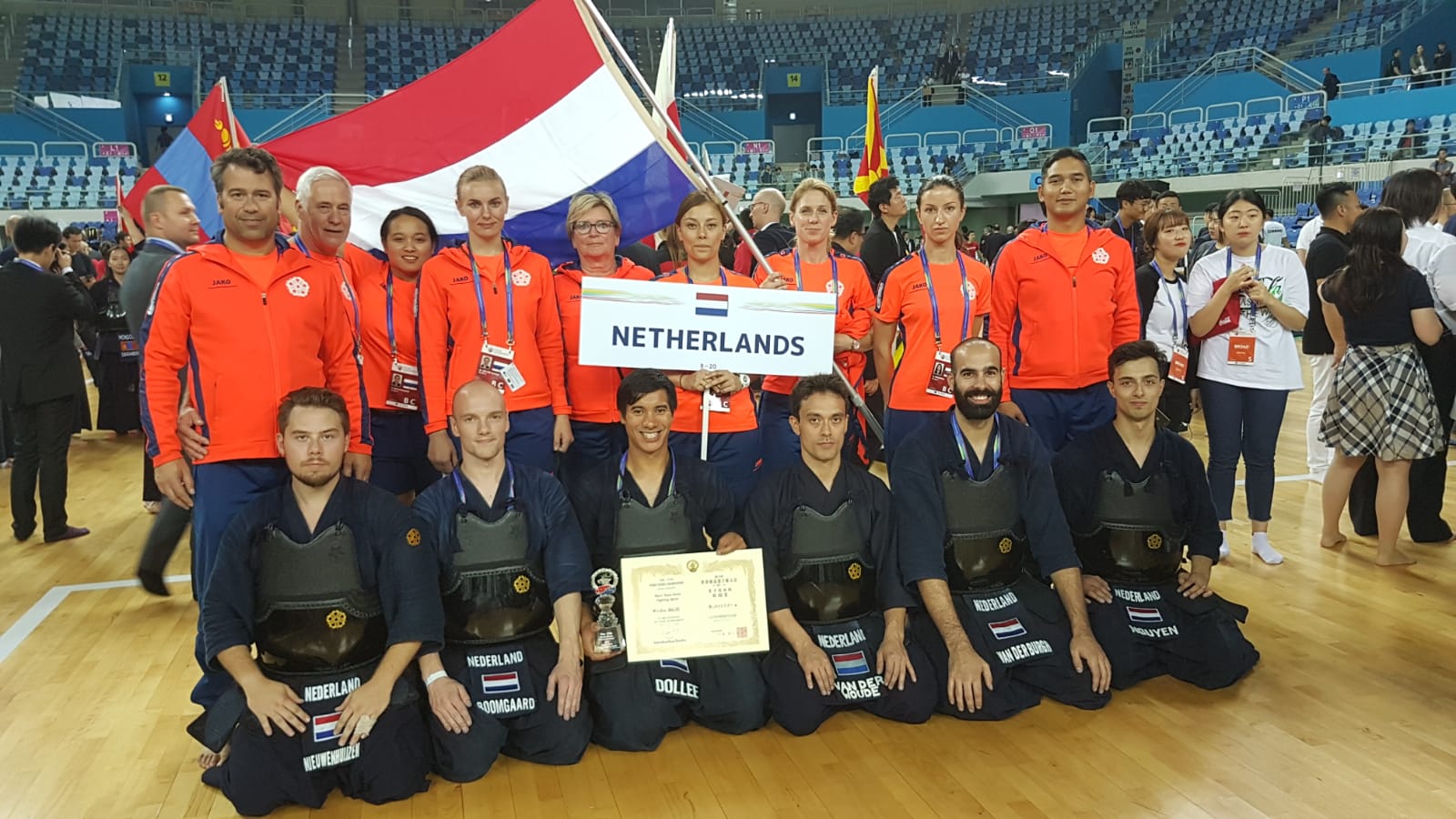 The Dutch men’s team belongs to the best 16 during this WKC.
They have won their poulematches against South Africa nad Lithuania.
In the first round they had to take up the Swedish Men’s team. After exciting fights Sweden has won this match.