In April 2019 Ishido Sensei gave me his personal notes on his teaching history in Europe. I will not translate the whole document, but here are only a few highlights. He doesn’t name any names of Europeans, just events. He describes his first meeting with me in 1983.

This was used for Sensei’s Hanshi Diploma application.

1979
First time visit to UK. Research of actual situation of Budo and the BKA in the UK and finding out what people think about Budo.

1983
Third Seminar. For the first time met the Technical Director of the Oranda Kendo Renmei (NKR) and three others from The Netherlands. (This is Sensei’s reference to me, since he doesn’t name any person’s names in this document).

1984
First time Seminar in The Netherlands, followed by the 4th Seminar in the UK.

1994
After the 8th Seminar in The Netherlands, first official EKF / NKR Iaido European Taikai is organized. From now on it will be organized by different countries every year. My Dream came true.

It also mentions the seven times that Sensei was part of the official ZNKR delegation. 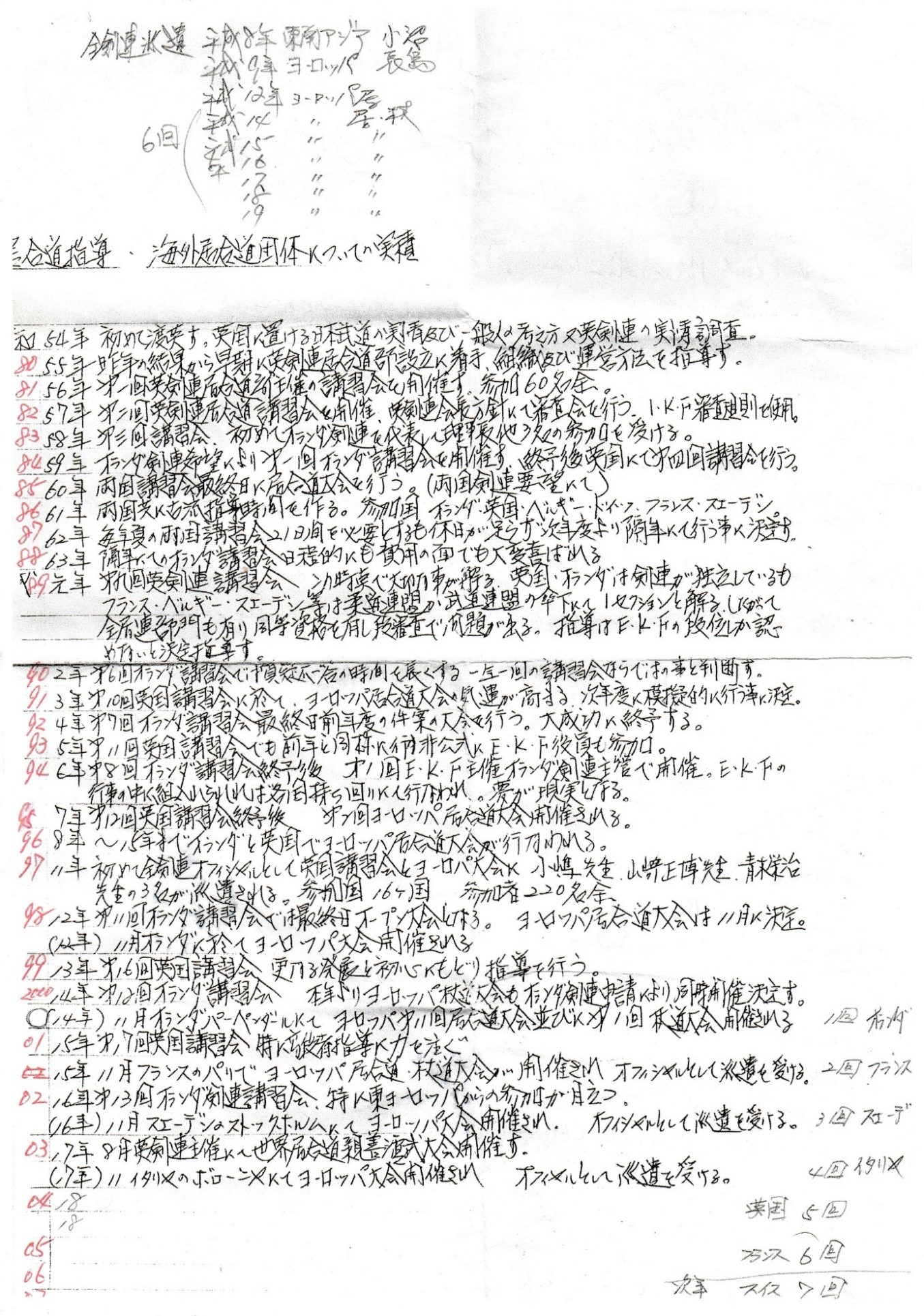