In 1999 Jolanda and I moved to Tokyo. I was appointed manager in a new global sales organization in Nippon Express Co., Ltd. We lived in Japan for 3 years and 9 months.

Although most of time I was working, I still found some time to do Kendo regularly. Nippon Express has a very high-level Kendo Club, and we tried to train there every weekend as much as we could. We also trained Kendo on Friday evenings in Ishido Sensei’s Dojo a lot. In those days Ishido Sensei was still very active in Kendo and I did a few Keiko with him where we were both competing at our limits. I will never forget that once our Keiko was so fanatic, that Ishido Sensei’s wife came down from the living room upstairs, to see if we were not really killing each other!

Thanks to my training at the Nippon Express Kendo Club, where I was doing Keiko with people who were 15 years younger than me, I was able to pass my Kendo 7th Dan in Kyoto on my first attempt.

In preparation of the exam, I went to Iijima Sensei a few times and did man to man Keiko with him. Although it was always easy for Iijima Sensei to hit me, I managed to score a Men Kaeshi Do on him, which was really a boost for my self-confidence.

I was 39 years old at the time, and my exam was in court number three. This means I was still one of the younger candidates of the grading. The youngest take their 7th Dan at the age of 34, in the first court. The oldest candidates are well in their seventies.

Now 20 years later, I still remember my 2 exam Keiko very well. First of all, I did Kiai as loud as I could. Because I was used to train with much younger people, the opponents of my own age seemed slow in comparison. The first opponent never got close to a hit on me. I started with two Debana Kote which were hitting so clear, that people on the stands could hear them. I then followed with a Kote-Men, and then it was Yame.

My second opponent was taller than me, which happened to me only very rarely in Japan. He scored a Men on me, but I was able to keep cool. Just before the end I scored a Tobikomi Men, so we ended in Hikiwake. Both me and him passed the exam. After the grading he came up to me and praised my strong attacking spirit. We actually both enjoyed our fight a lot, although we both didn’t make it easy on the other and we really worked hard to convince the panel that we were worth 7th Dan.

During our years in Japan we also visited many Kendo Tournaments, especially the so called “Jitsugyodan Taikai” , which were Tournaments for Kendo Clubs belonging to a company. Nippon Express is one of the founding members of the Jitsugyodan organization, and still has a formidable Kendo Club. Both Men and Women are still competing at high levels. The motto of Nippon Express Kendo Club is “Bunbu Ryodo”. This means that “Bun” = originally literature or study, but now it stands for work, and “Bu” = Budo, have to be practices in good harmony. Ryodo means the two ways.

One of the largest Jitsugyodan Taikai is the Kanto Taikai. This is held in the Nippon Budokan, and about a thousand Kendoka join it. The whole floor is filled with thirteen Shiaijo, and there is no space between the lines of each Shiaijo. The lines of one Shiaijo are also the lines of the Shiaijo next to it!

There are no preliminaries. It starts at nine in the morning sharp, and it is finished at five p.m. sharp. Most of teams that loose don’t stay to watch the rest of tournament. Once their Taikai is over, they go to a restaurant and enjoy the rest of the afternoon getting drunk and eating!

Compared to the level of the European Kendo Championships, the level of this Taikai is extremely high. The reason is that the companies that want to have a strong Kendo Club, select the best players from Universities and offer them a job in the firm. This way, talented Kendoka can combine a full-time job with regular training, and still be active in the various Taikai. The teams that end with the best eight in this Taikai will easily beat the best teams of any European Country. 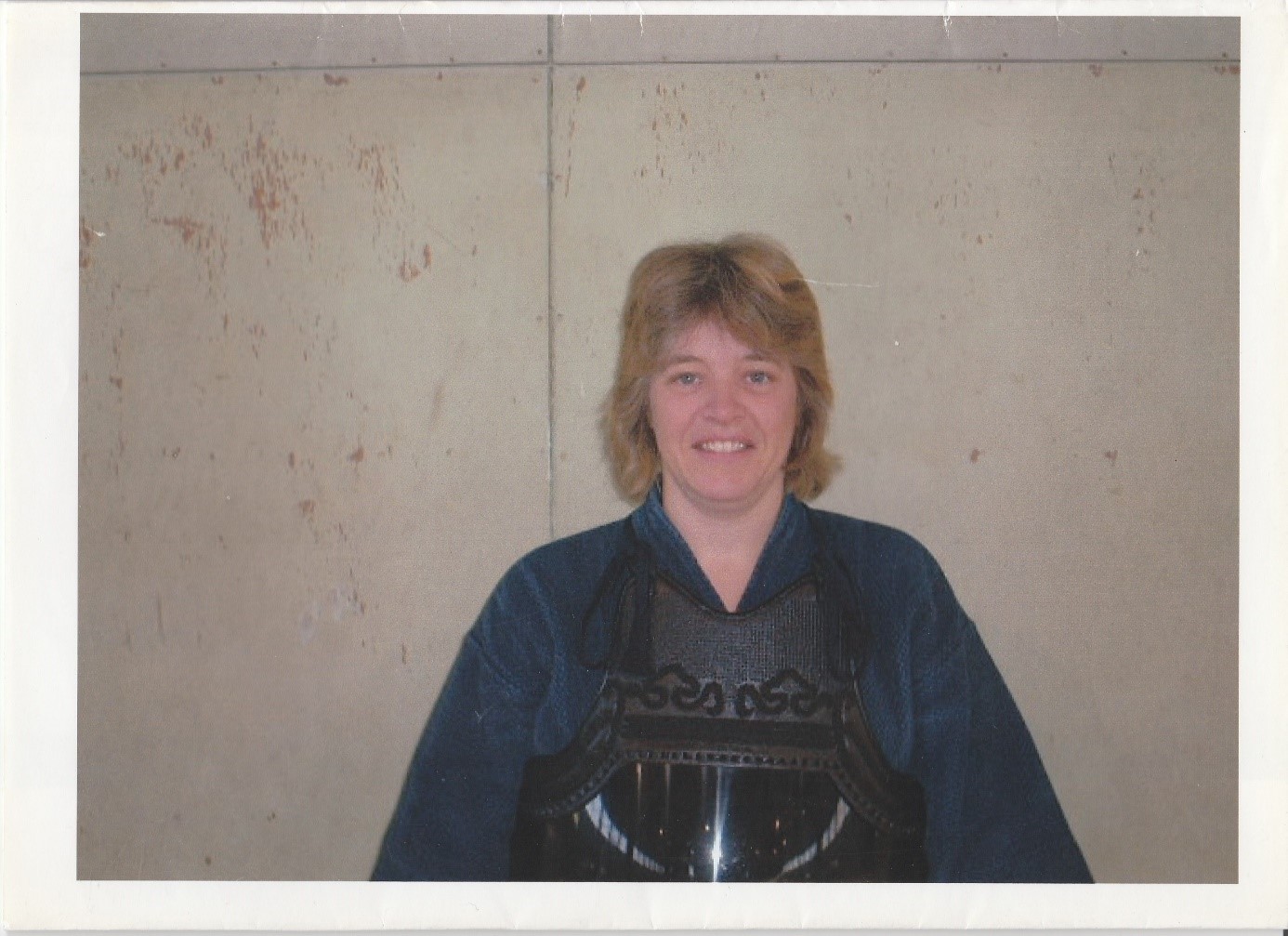 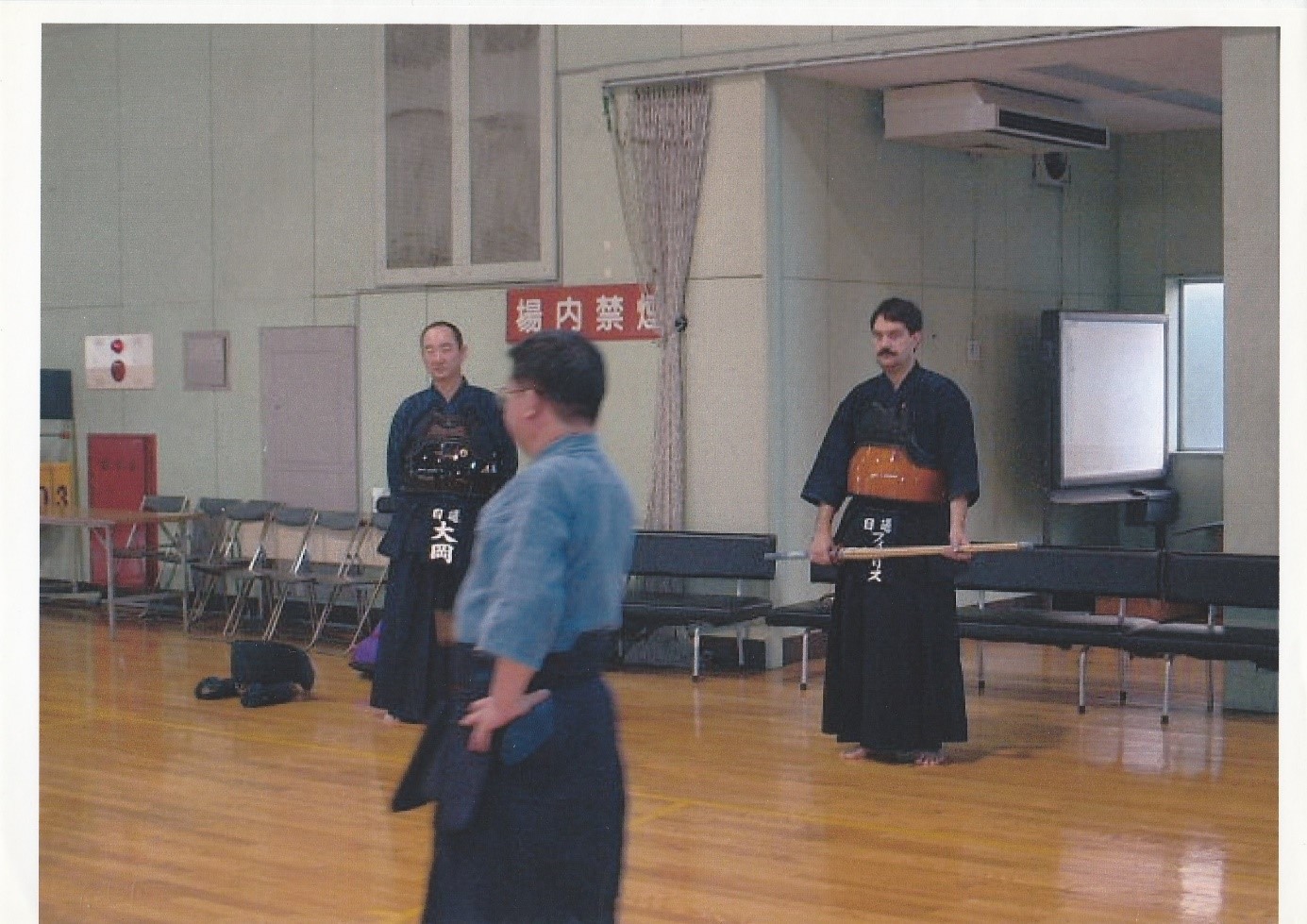 Louis at Nippon Express Kendo Club, together with Ooka Sempai and Ushihama Sempai 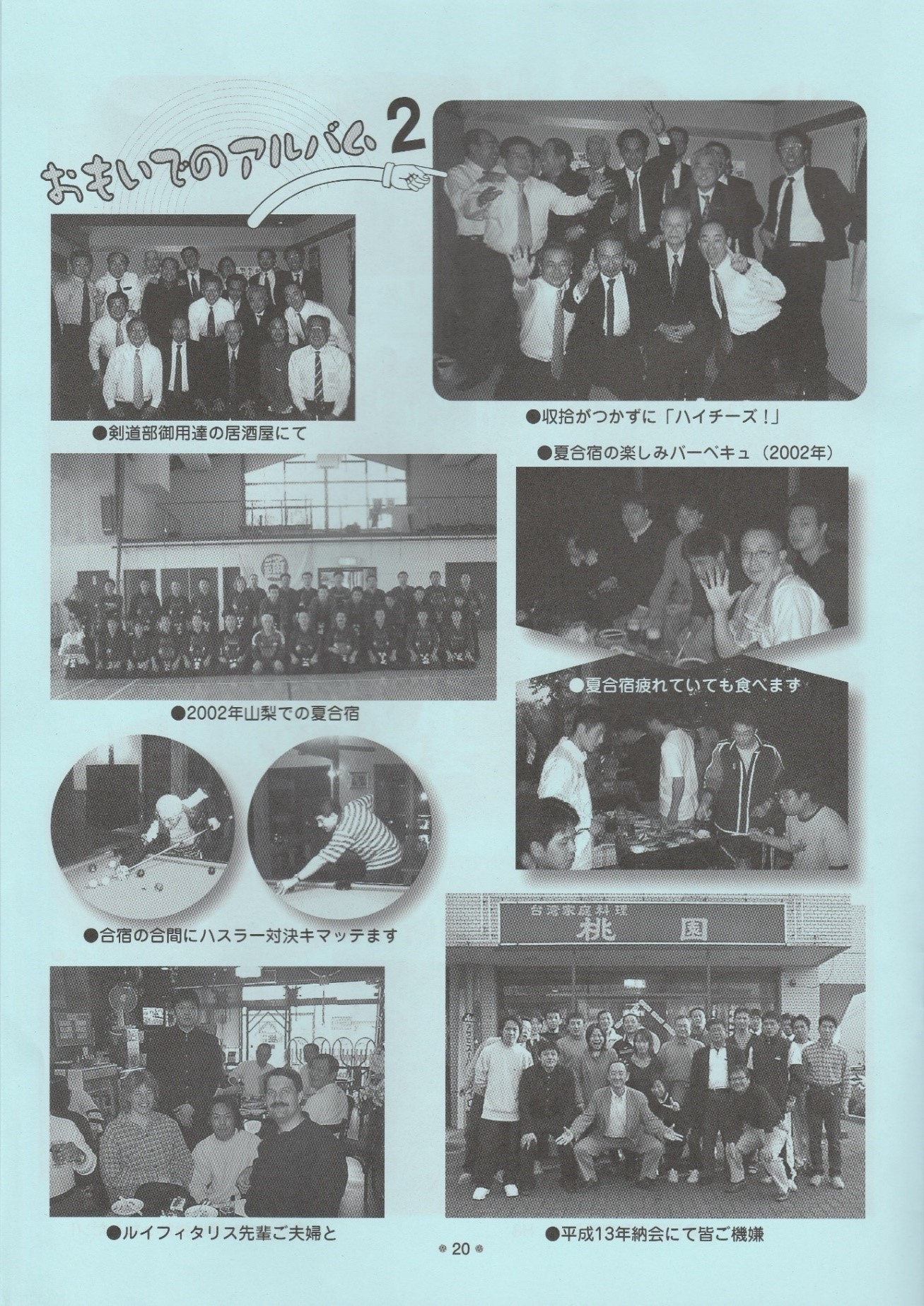 In 2002, after three years and nine months stay in Japan, I got a new job at Nippon Express in Germany. When we arrived at Frankfurt Airport, I was met by my colleague Yoshiko, but also Uwe

and Kazuko Kumpf from Katana Frankfurt. They were a great help in getting us settled in, during the first weeks. Of course we joined the Katana Frankfurt Kendo Club, and we trained there till we moved back to The Netherlands in 2005. Because I had been training Kendo in Japan for more than three years, I was very fit and quick. Not many people in Europe could hit me easily. Roberto Kumpf and Sabrina Kumpf were still very young, and I helped them and the other members to improve their level of Kendo.

In the years we were there, Yoshiko Oda was also working in Frankfurt at the Japanese School, so our paths crossed again after many years. 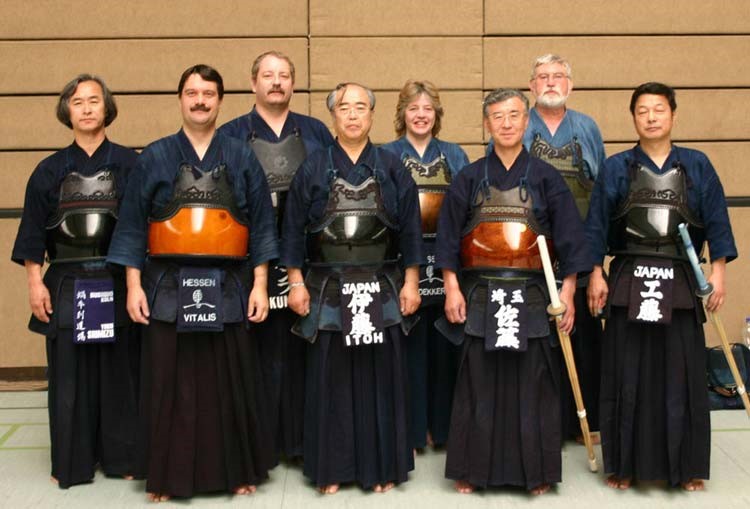 Jolanda and Louis after a training in Germany

We also trained Kendo at the PSV Mainz Kendo Club, where we became good friends with Alex, Hanns-Peter and all the other members 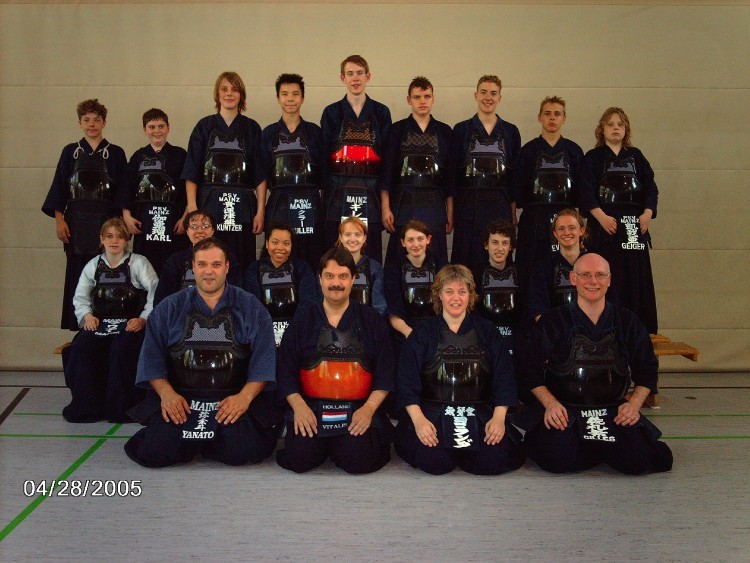 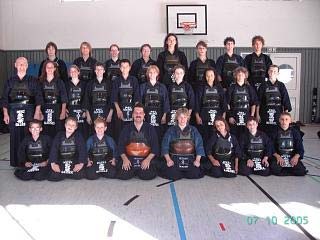 Many years later, we were awarded a certificate for our contribution to the Hessen Kendo Federation. 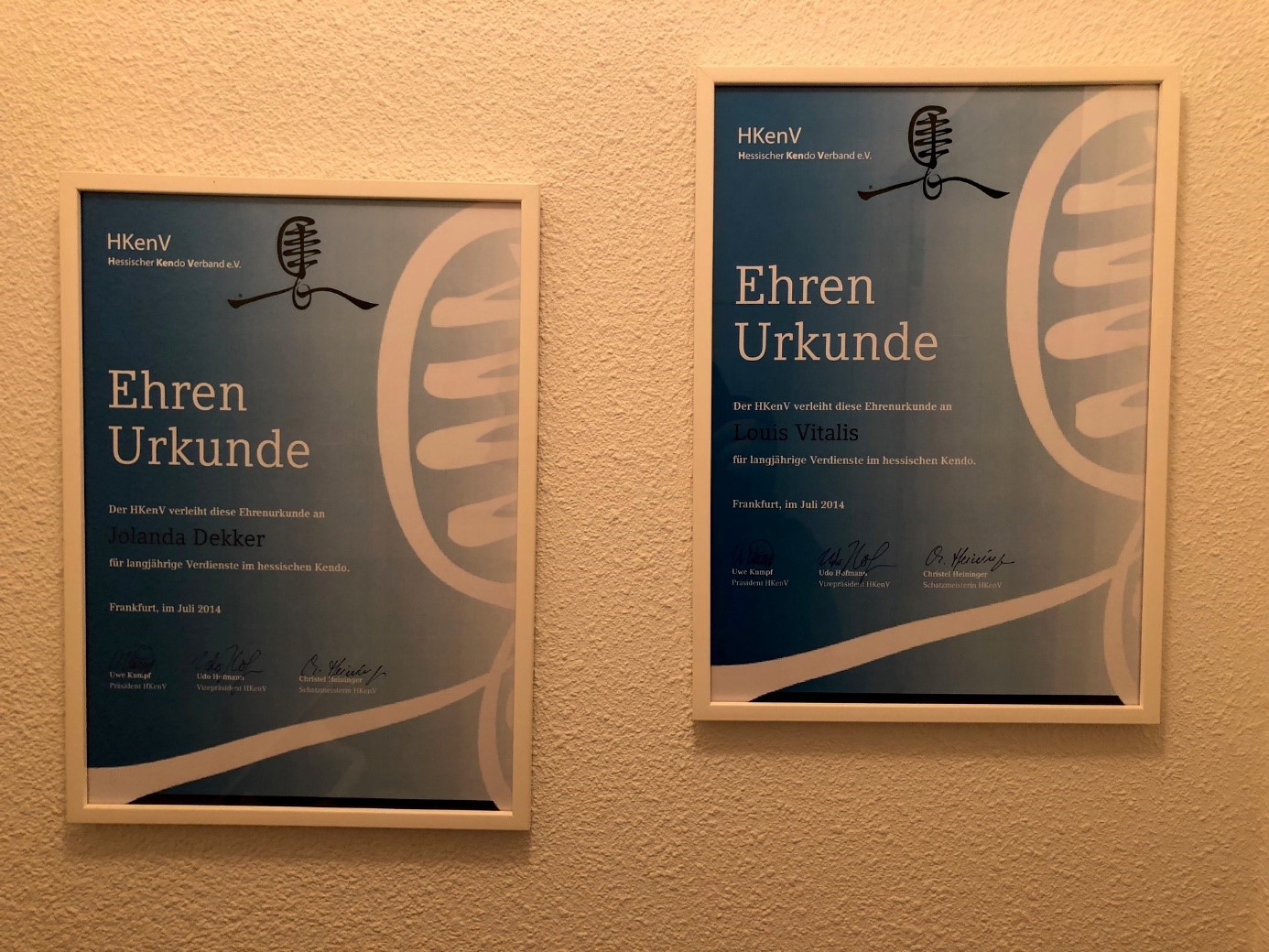 For our contribution to the Hessen Kendo development we got these in 2014.

During our stay in Germany I was also able to invite Edo Sensei and Ijima Sensei to do a Kendo seminar with us. I was very happy that I could show my German Kendo friends who my teachers were, and I think the seminar was much enjoyed by all the participants.

We still have many Kendo friends in Germany, and we still join the Tengu Cup in Frankfurt every year, together with a large delegation from The Netherlands.

In 2005 we also organized the Kendo Summer Seminar again in Amsterdam, with Iijima Sensei, Nishino Sensei and Nabeyama Sensei. There were 75 participants from 6 European countries.

In Japan I was of course working like a Japanese: get up at six in the morning, commute for an hour and a half on the Tokyo trains, and get back home at eight if I was lucky. However, because of my job in Global Sales, I was out of Japan on business trips most of the time. I traveled regularly in Asia, but also in the USA for about 5 times per year.

This meant I had little time to practice Kendo/Iaido/Jodo, but we managed to get a few Jodo lessons in Ishido Sensei’s Dojo. Iaido was too painful for my knees by that time, but we practiced Kendo on Friday evening in the Dojo regularly.

After some time, our Kendo/Iaido/Jodo friends in Europe found out that we had a nice apartment in a nice area of Tokyo (an area called Setagaya). Jock visited us for several times, and also the 5th Dan Jodo grading of Jolanda in 2000 was quite an event: Edwin, Karl, Jef, Bernard stayed with us, and joined Jolanda on the  5th Dan Jodo grading in Yokohama. Thanks to Ishido Sensei’s training, of course everybody passed! Also Vic Cook stayed with us when he challenged his 7th Dan Iaido exam, and I treated him to a nice Tempura Dinner at the Ginza to celebrate his wonderful grading. 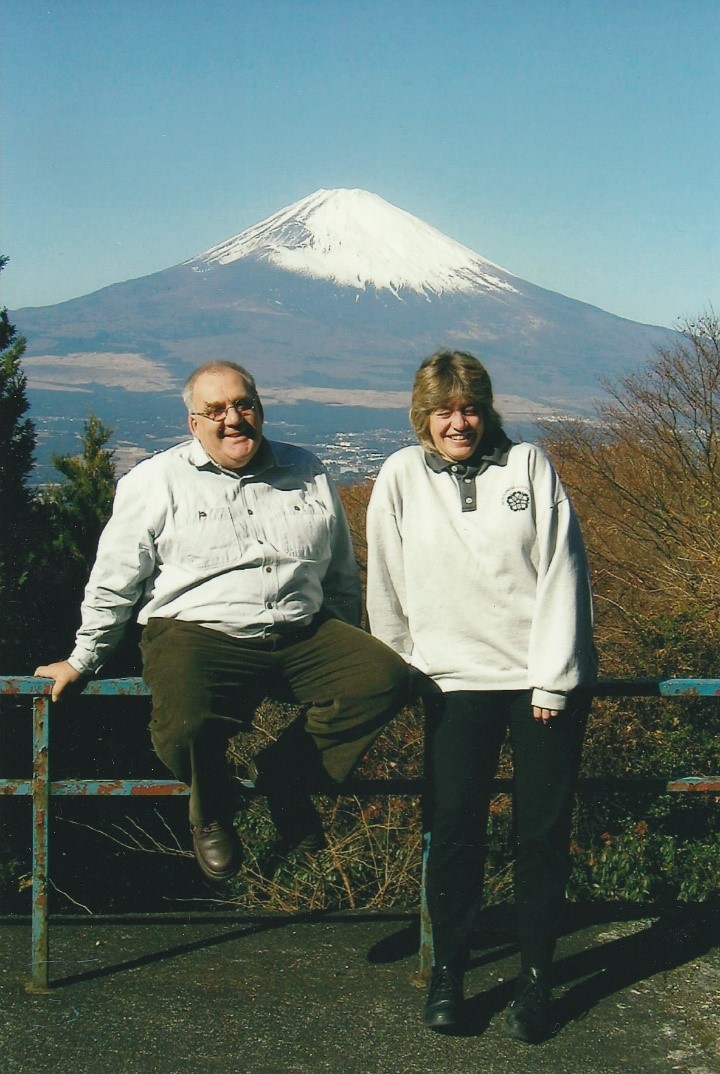 Jock during one of his many visits to us in Japan 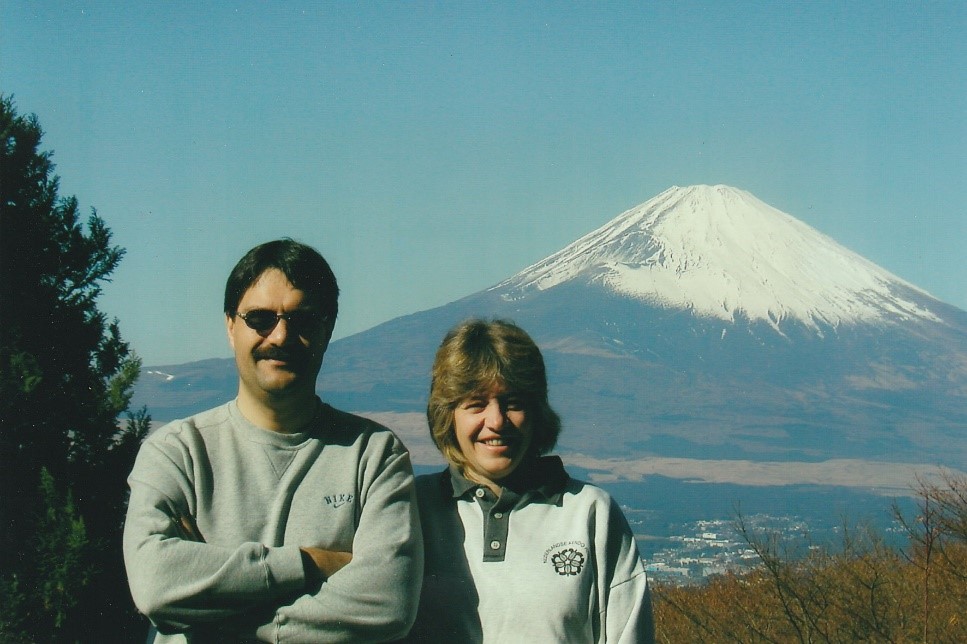 We visited Hakone area many times 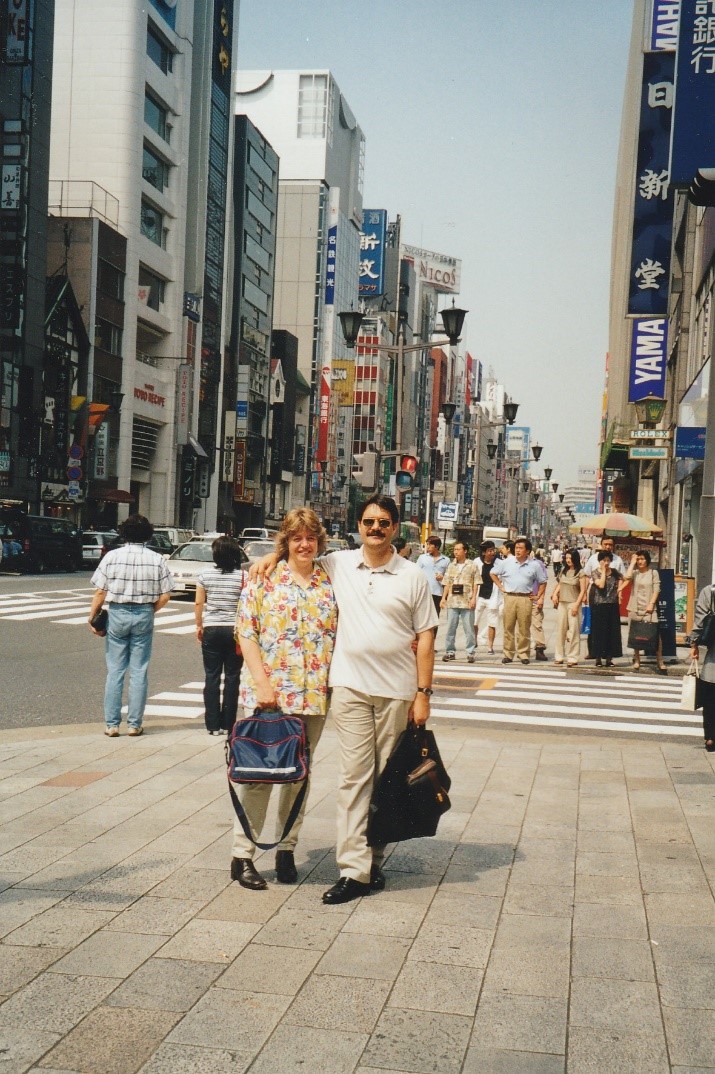 We were both working close to the Ginza area

In 2005 I went to Japan with Rene van Amersfoort to challenge our 7th Dan Jodo. After a week of six hours a day training under Yano Sensei 8th Dan Hanshi, we both passed the exam on our first attempt.

Also in 2005 was the first Jodo Koryu Seminar, organized by Rene. There were 33 participants from Netherlands, Belgium Germany, Switzerland and France, teachers were Jock, Rene and Louis.

Since then, Rene has organized this seminar and it has contributed to the correct understanding of the Tokyo Line of Shinto Muso Ryu Jodo.