I learned how to referee Kendo Shiai in 1981, during my one year stay at Kanazawa University. Because we did a lot of Shiai training, and because I could not be a real player in the student’s tournaments (I was already older than the 4th year students), I got a lot of experience in judging Japanese Student Shiai.

In 1990 I joined the EKC as referee for the first time. I have been refereeing on the EKC, except for the years when we lived in Japan for most of the times.

In 1991 I was selected as referee for the WKC in Toronto. I was only 5th Dan at the time, but because of my experience as student Kendo referee in Kanazawa, the ZNKR selected me. I was judging up to the quarter finals, and on this WKC I passed my 6th Dan Kendo.

In 2000 on the WKC in the USA I was refereeing the finals. 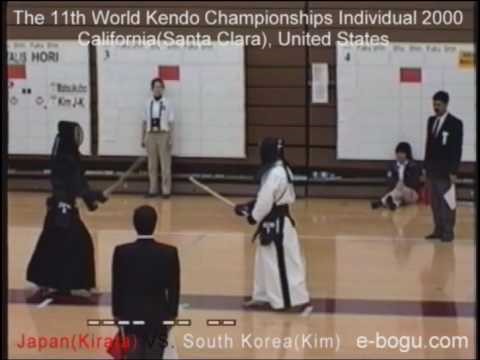 One of my most memorable moments as a referee was the finals of the WKC in Glasgow in 2003.

Japan and Korea were in the team finals, and Mike Davis, Rainer Jatkowski and I were the referees.

The teams ended equal, so a Daihyo Sen (deciding match) was needed. For Japan Naoki Eiga was selected, and for Korea Kim. Kim was a famous Kendo player in Korea, never beaten in Shiai in his own country. He was one of the few Koreans who could compete with the top Japanese players.

The first five minutes of the Shiai saw only very few hits, both players were very cautious. In the Encho, both players did not do many strikes, they were just looking for an opportunity. Eiga attempted Tsuki for a few times, but none of them got close to the target.

Then after ten minutes, Eiga did a Katate Tsuki (one handed Tsuki), which I saw from the side. Because the Men of Kim moved, I knew it had to have hit the Tsuki flap. If it would have been on the body or on the Do, the Men would not have moved. I immediately raised my red flag, and Mike and Rainer followed me immediately after.

Kobayashi Sensei was the coach of the Japanese team in Glasgow. I had known Kobayashi Sensei already for many years, and Jolanda and me even stayed in his small house in Kawasaki for a week when we were training in Japan in the 1980’s.

Many years later, when we were living in Germany, I met Kobayashi Sensei in Berlin during the winter seminar. He came to me and said: “Louis, I owe you so much. Because you were the first to raise the flag for Eiga’s Tsuki, the other two referees followed you and we won the final match against Korea. Thanks to you my career as a coach of the Japan team did not end in a disaster!”.

Tagawa Sensei (now president of USA Kendo Federation), and I did many WKC final together. In recent years the Kendo Team finals have gotten rougher and rougher, and very difficult to judge. I have always been neutral as a referee, but in many cases the Korean Kendoka thought I was too strict. From my point of view, because I have grown as a Kendoka in Japan, of course my reference in Kendo is Japanese Kendo. In my mind, many of the Korean techniques are not fulfilling the 5 items to make an Ippon (please see the Kendo Rules and Regulations), so I denied many of their attempts. From Korean point of view probably they don’t like my refereeing, but the ZNKR kept selecting me to do the finals, so for me personally I’m convinced that my refereeing skills are one of the best in the world. So far there has not been any referee who has judged so many WKC Team and Individual finals as me, but I hope some other young referee from Europe zone will attempt to beat my record of WKC final matches. 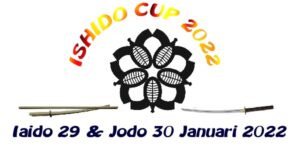