Onshi is the teacher with whom you have a special relationship. On means gratitude, Shi is teacher, therefore a teacher to whom you own a lot of gratitude because of their special teachings to you.

My three Onshi are (in order when I met them): 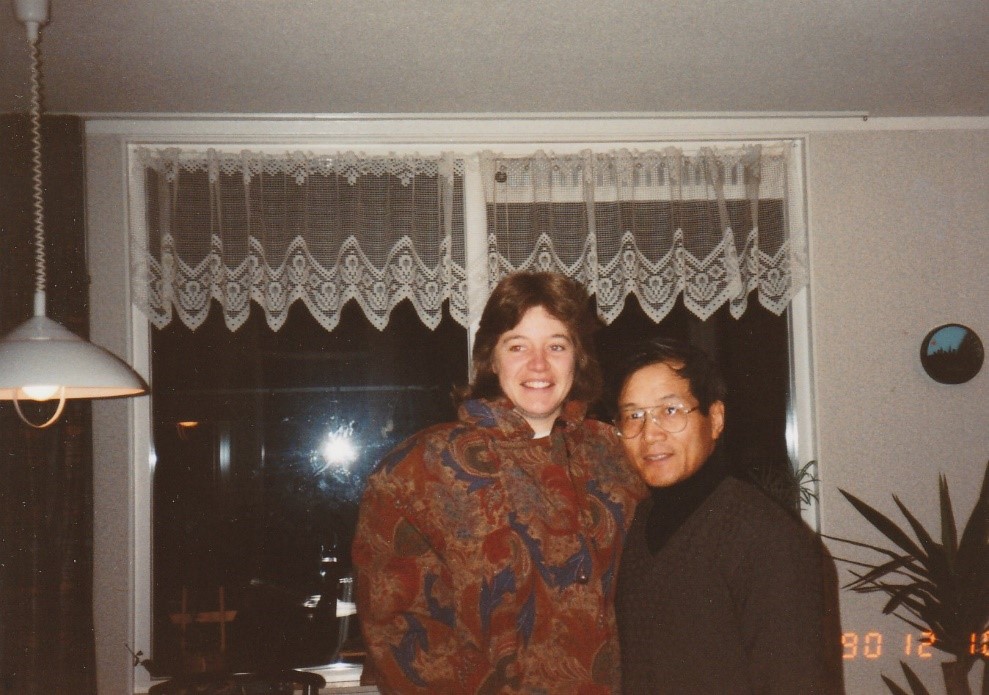 Originally from Aichi prefecture, he joined the Chukyo University. In all the four years he was a student there, he managed to get to the finals of the all Japan University Student Championships. This record is still unbeaten! Two times he won and two times he came second. After graduation, he became assistant at Chukyo University, under Mitsuhashi Sensei, a famous Hanshi of that time.

He participated in the All Japan Championships for nine (!) times, and for a non-policeman that is an unbelievable achievement. One time he made it to the finals, and three times he came in third place.

Besides that, he has done many other tournaments, and he was one of the great Shiai Kendoka at the time.

Sensei is now 80 years old and still heavily involved in the teaching of his brand of Kendo. 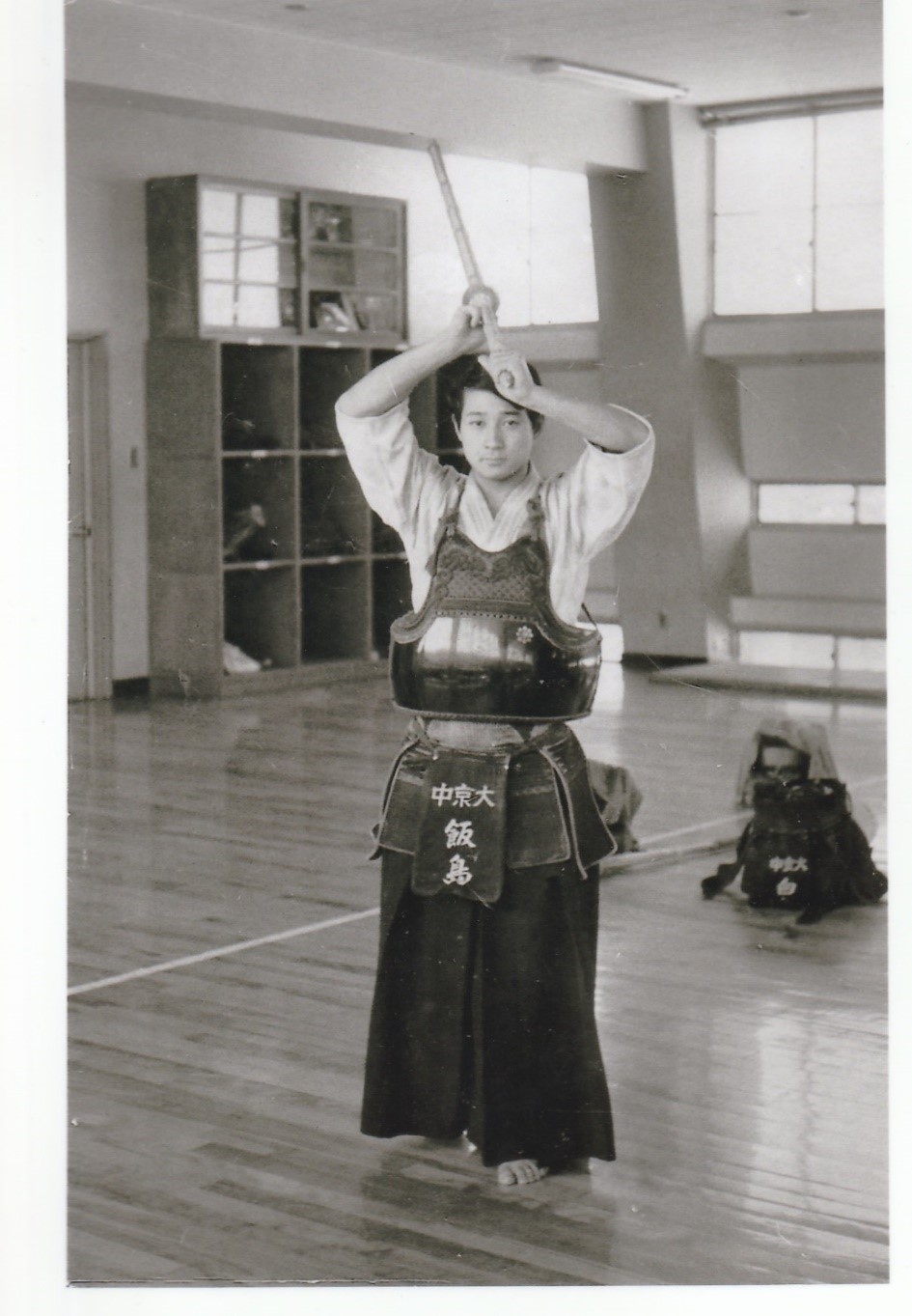 Iijima Sensei was a student of Edo Sensei at the Chukyo University.

In 1979 I spend three months in Japan. By this time, I could speak only a few Japanese words, but Edo Sensei told Iijima Sensei to take care of this Orandajin who spoke fluent Japanese!

40 years later, Iijima Sensei is still my Kendo teacher and helps me with my deeper study in Kendo. I still visit him, every year to train together and he still comes to our home at least once a year.

Iijima Sensei is a very famous Kendoka in Ibaraki prefecture, which has a very large Kendo population still. For many years, until well in his fifties, he was member of the Ibrakai Kendo team on various prefectural Taikai and he was a highly respected Shiai Kendoka all over Japan. In his young years he was All Japan High School Teacher Champion. Besides being my Kendo teacher, we also developed a very close personal bond, and we consider each other as family as well. 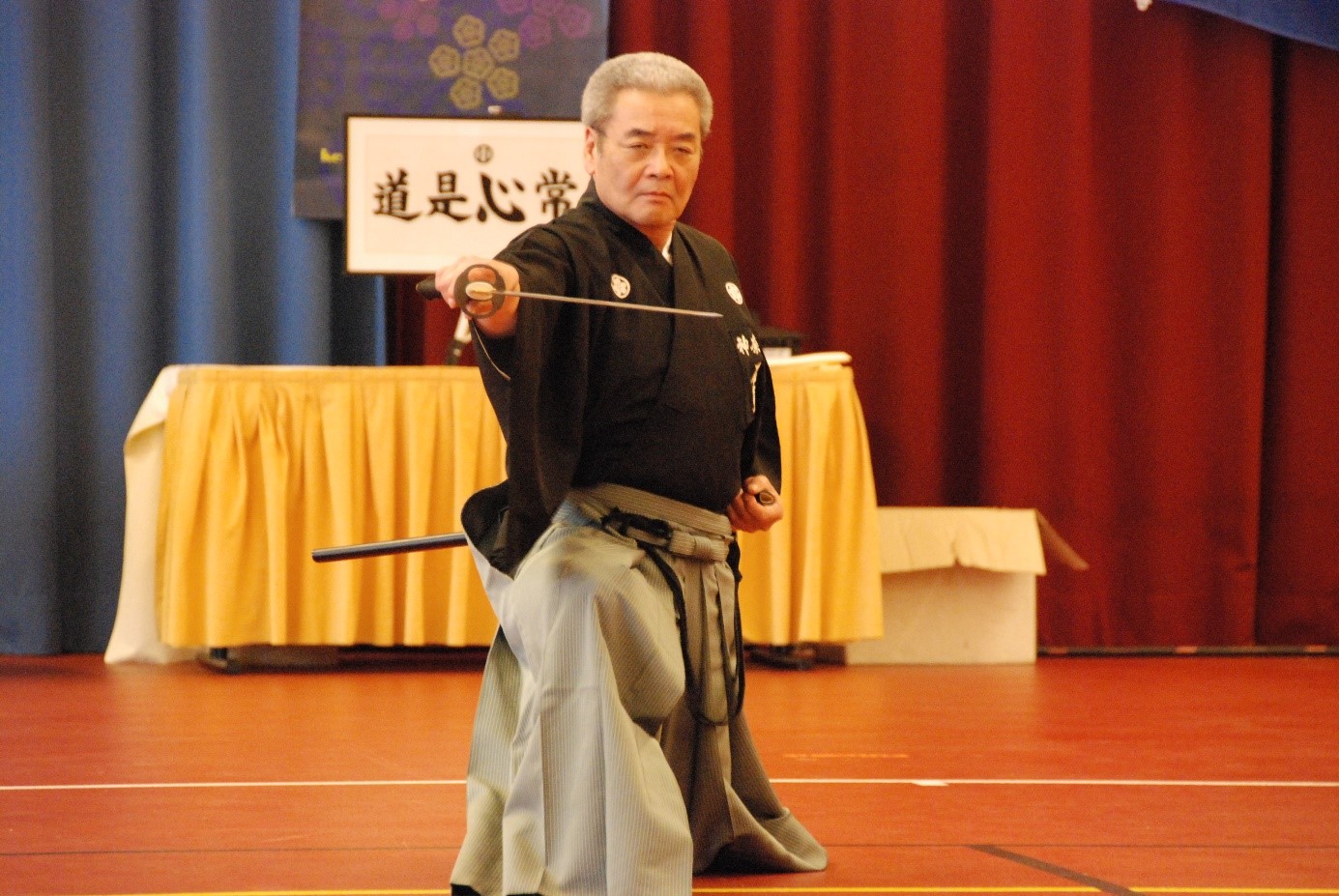 Already in the 1970’s and early 1980’s we invited Jock Hopson and Mike Davis from the BKA to come to Amsterdam to train Kendo with us. In those days they were the only Europeans who had lived and trained Kendo in Japan, so they had much more knowledge than us beginners in Amsterdam.

Because I had been in Japan as well and spoke Japanese, Jock and I had something in common, and Jock and Mike stayed in Jolanda’s parents’ home for a week in 1980 in Amsterdam.

In 1979 I was in Japan to do mainly Kendo, and some Iaido during the Kitamoto Gaijin Seminar, where I passed my 2nd Dan Kendo and Iaido. At the same time Jock was in Japan as well, and he was even elected as referee at the WKC in Sapporo!

During this time, Jock met with Ishido Sensei and they became good friends. Jock Hopson, Len Bean, Vic Cook, Lee Loi and Chris Mansfield were the first students of Ishido Sensei in the UK.

In 1983 Jock organized a bigger Iaido and Jodo Seminar in the UK, to which Hiroi Sensei was also invited. Because I already learned all the Jodo Seitei Kata in 1981, Jock considered me a “Jodo Specialist” and asked if I wanted to join this Seminar to assist Hiroi Sensei as a translator.

I was already teaching Kendo, Iaido and Jodo in Amsterdam, so I happily accepted Jock’s invitation.

So, this was the first time I met Ishido Sensei and we developed a warm relation from the start.

Ishido Sensei was training Kendo and Iaido under his father from a very young age and worked for a company after graduating from University. In 1975 he stopped his career and started to as “ Fukukancho” (sub Head of the Dojo) under his father in the Shinbukan Dojo in Kawasaki. At present he is the Kancho (Head of the Dojo) of this Dojo, where Kendo, Iaido and Jodo are practiced.

Ishido Sensei has been All Japan Iaido Champion in the 7th Dan Division, and also won many other big Iaido Tournaments. At this moment he is one of the most senior and influential Iaido teachers in Japan, and he has also published an important book on Muso Shinden Ryu.

Because I did not have a fixed Iaido teacher at that time, and because I realized that Ishido Sensei’s Iaido was of the highest level, I consulted with Jock and asked him if he was ok to invite Ishido Sensei to the European Continent as well. Fortunately for me, Jock had no problem with this and from the next year we asked Ishido Sensei to teach both in the UK and in The Netherlands.

Ishido Sensei appreciated the friendship of Jock and me, and my energy to make Ishido Sensei our teacher in continental Europe, so I was also added to the list of “Monjin”, or Deshi of Ishido Sensei.

Now more than 35 years later, thanks to Ishido Sensei I have been able to build up a big group of Iaido and Jodo students all over Europe, who all belong to the Ishido Family!